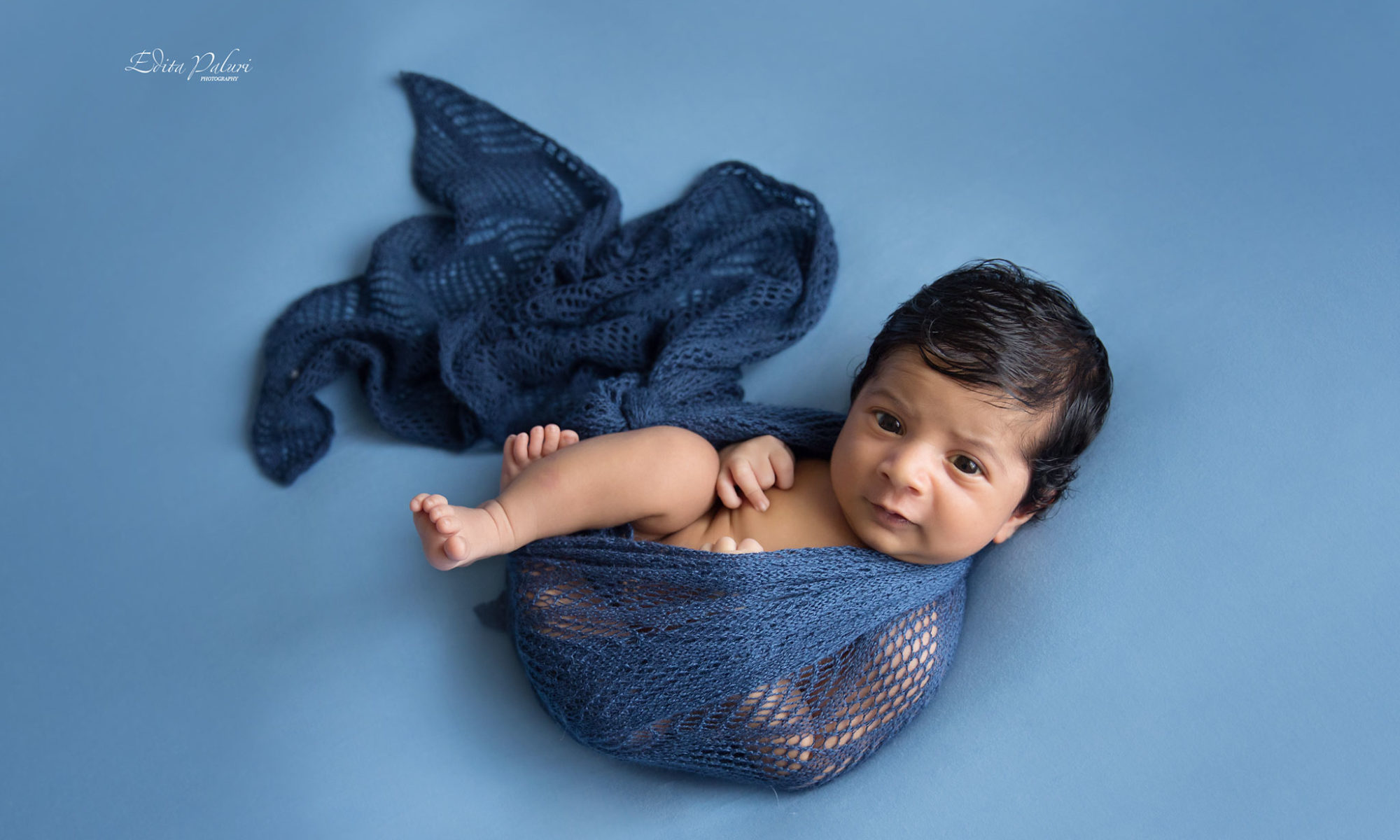 When I get an inquiry about a baby photo shoot, I always wish for the baby to not be born yet, so that I could educate the parents when it’s the best time for a newborn photo shoot. When I got a message from Sneha, I asked how old her newborn baby was. She answered, “24 hours”. It was amazing news and I was very pleased to learn that.

After talking for a while we scheduled a baby photo shoot to happen in 10 days. 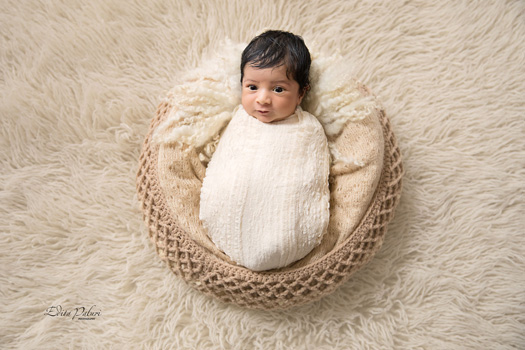 Everything was perfect from the 1st message itself. However, during the night before the scheduled baby photo shoot, I got a message informing me that the big brother got badly hurt and that he wouldn’t be able to come for the photo shoot. Hence they asked to postpone the photo session. Knowing the baby’s mother’s interest in this photo shoot, I quickly found a way and offered to split the session.

So, we did the newborn photo shoot on the planned day and the family photo session 10 days later. 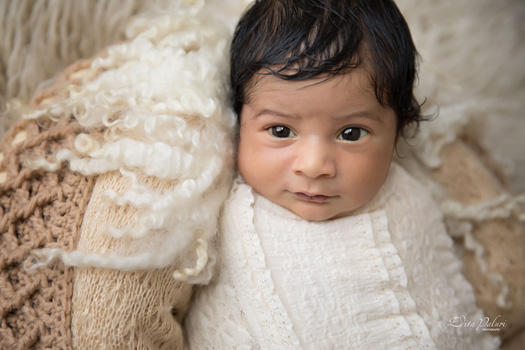 As the baby was only 11 days old, I expected him to sleep though all of the session. But he was so active, curious and alert in a way that I could never expect from such young newborn. The biggest surprise was- he din’t cry at all. So, even if he was awake and active all the time, the photo shoot went really well. 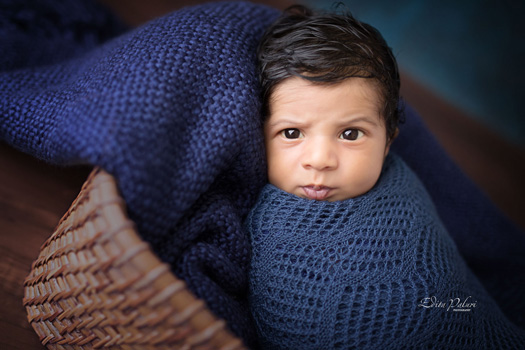 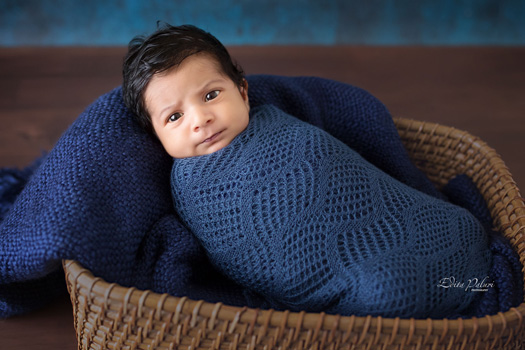 Since the Mom’s favorite color was blue,  we started with the blue setup. 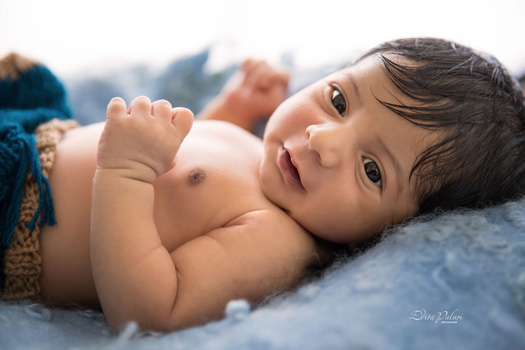 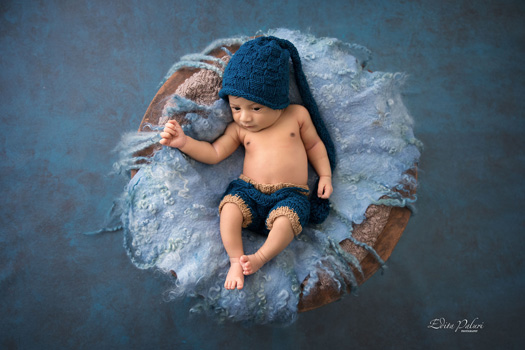 In less then 2 hours we were done. 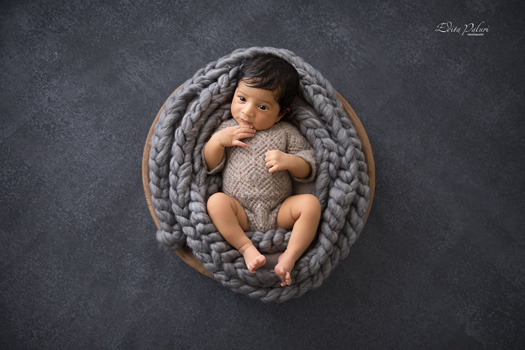 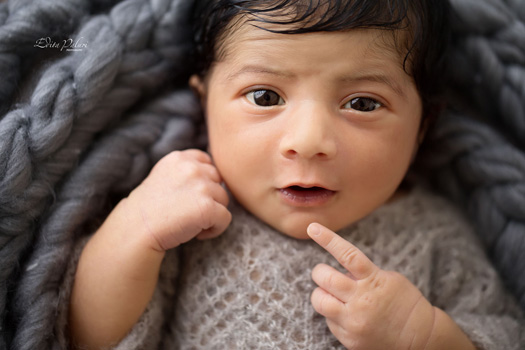 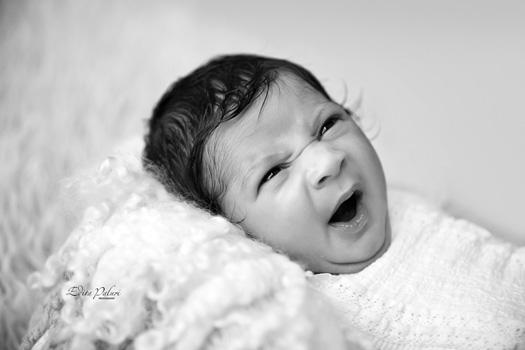 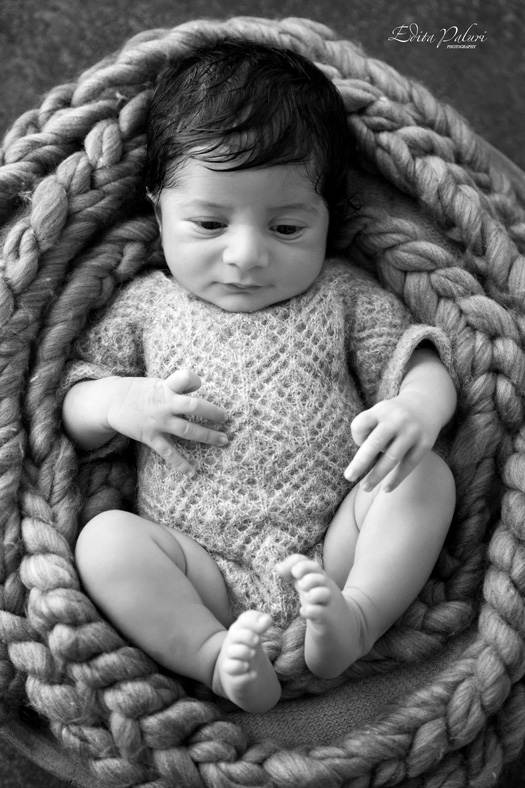 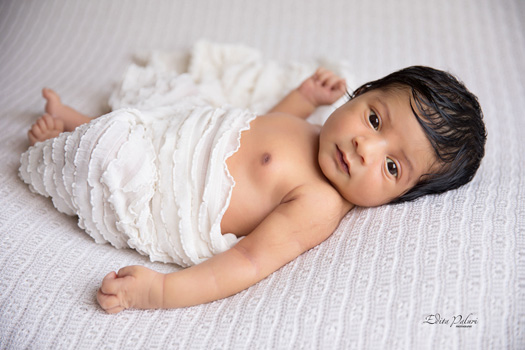 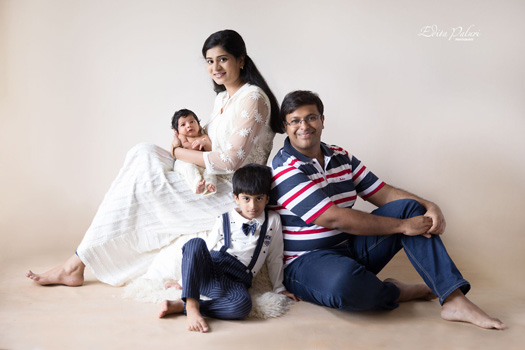 We met again after 10 days,  they came with the big brother this time. Who was a little shy for the first 15 minutes but after that he warmed up and was at ease and also quite naughty.  I took my daughter’s help to keep him busy and they both became friends. 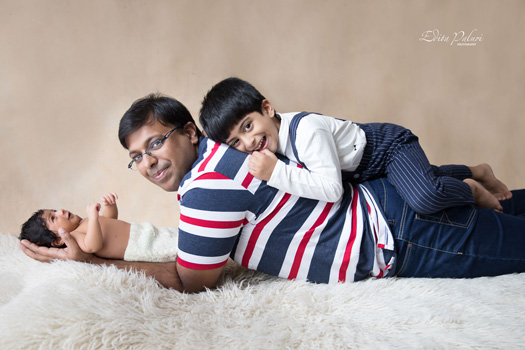 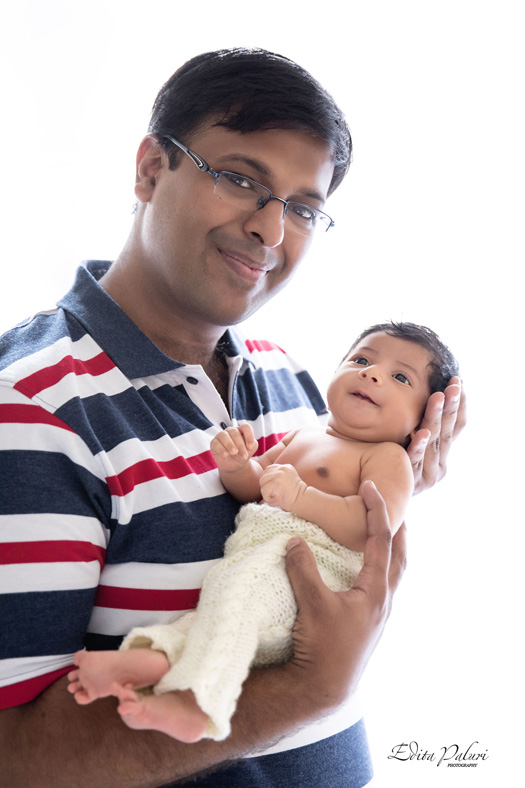 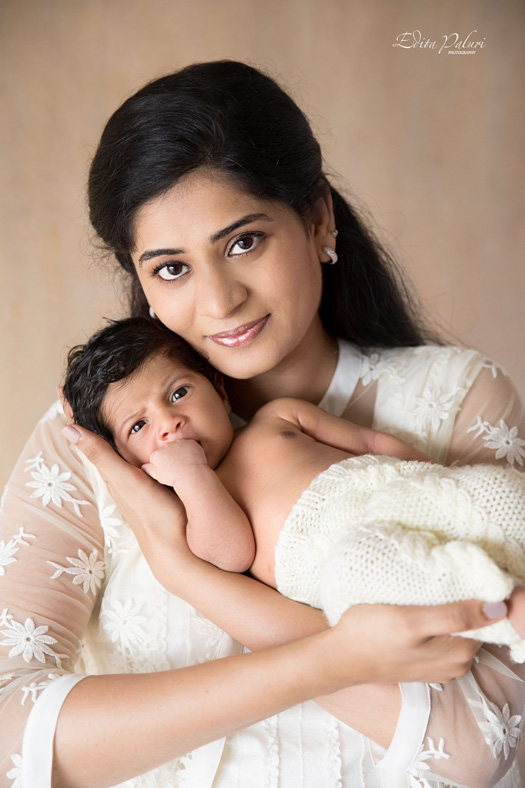 Although big brother was so active, he was a very good and loving brother. The session ended up taking a little longer than we had planned. Because either the baby was  not happy or his brother was too naughty 🙂 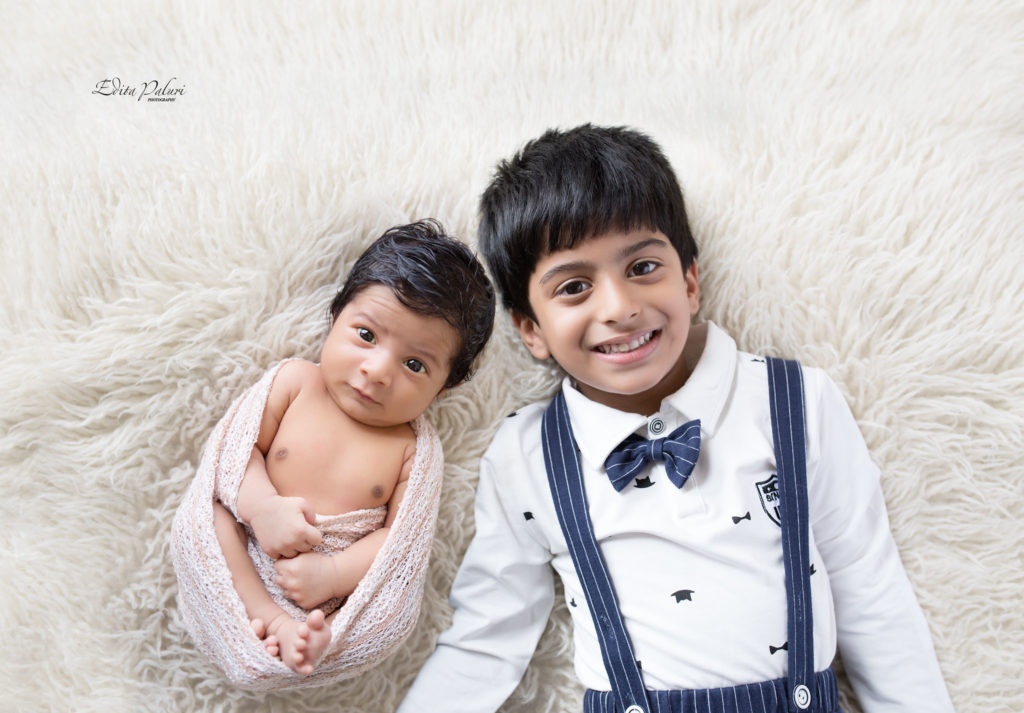 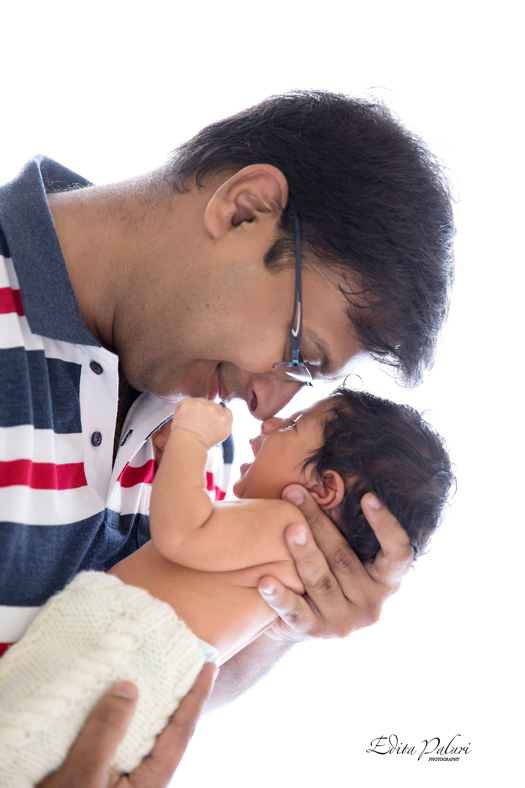 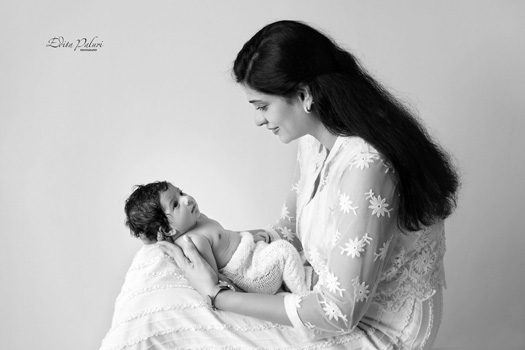 Each baby photo shoot has a story, it’s a pity that I do not have the time to share all these stories. But I am trying to share a few of them when ever it’s possible. 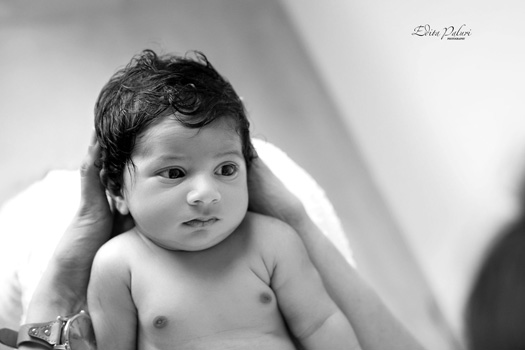 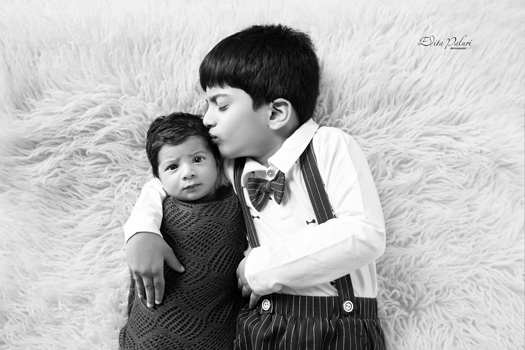 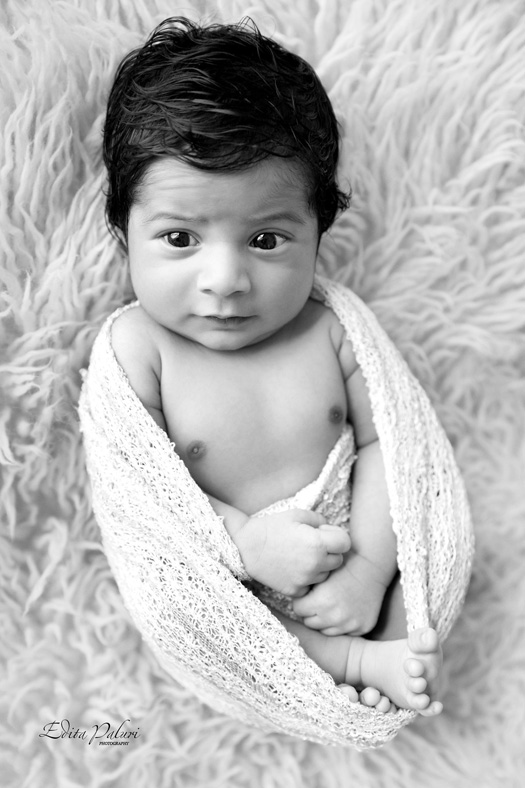 At last he slept for 2 minutes 🙂 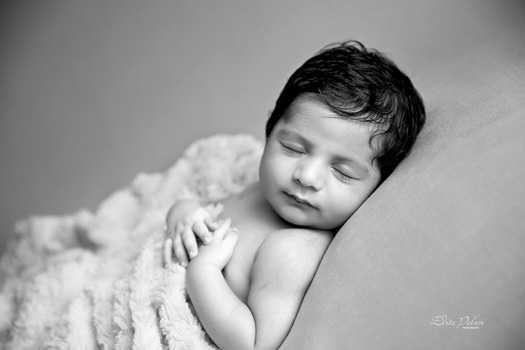 You may also like: 13 days baby boy pictures with  his Big sister and family.

It was an honour to photograph doctors Snehal and